From October 8 to October 10, 2015 “Produkty Pitania”  participated in annual international specialized exhibition “Agrocomplex-2015”. It is one of the largest agricultural exhibitions of the agroindustrial complex in Russia.

Diverse assortment of frozen chicken meat convenience foods under the trademark “Zolotoy Petushok”, poultry and poultry parts of its own production “Baltpticeptom”, and ready-made meals and the trademark “Rossiyskaya Korona” was presented at our stand. Especially popular among exhibition visitors was canned product “Chicken meat in its own juice”—which has been produced in Kaliningrad since 1998, and is distinguished by high quality and reasonable price.
According to Tasting contest results products of “Produkty Pitania”were awarded with diplomas “The Best Kaliningrad product - 2015” in the group “Convenience foods” in the nomination “Natural composition and flavor”: 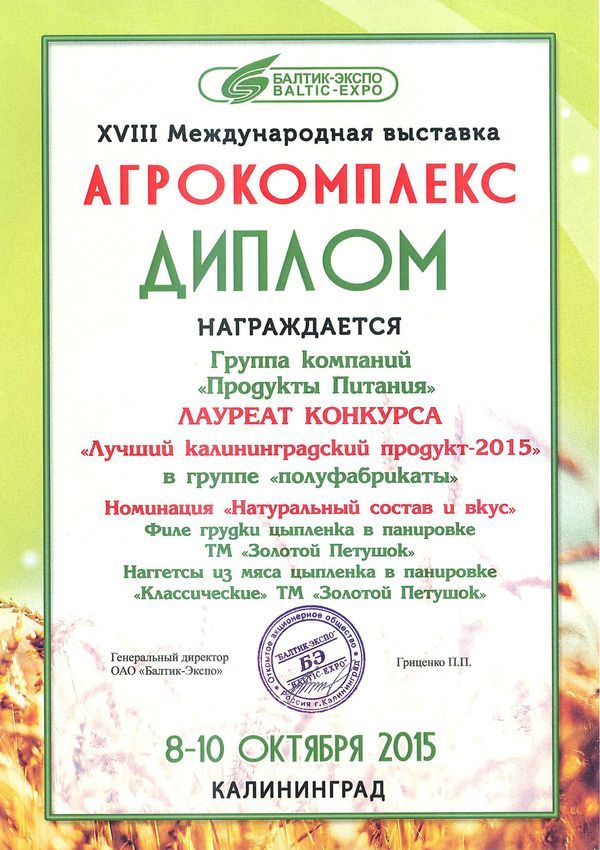 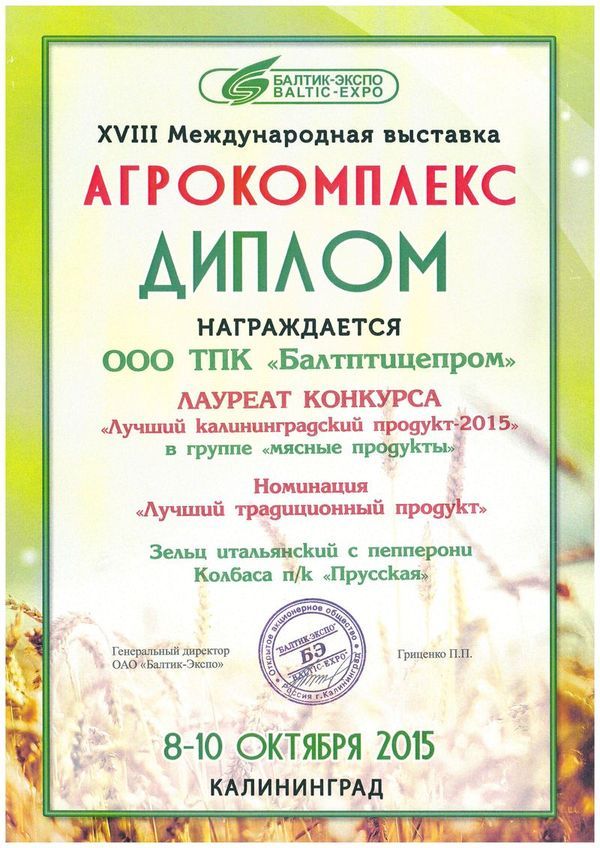 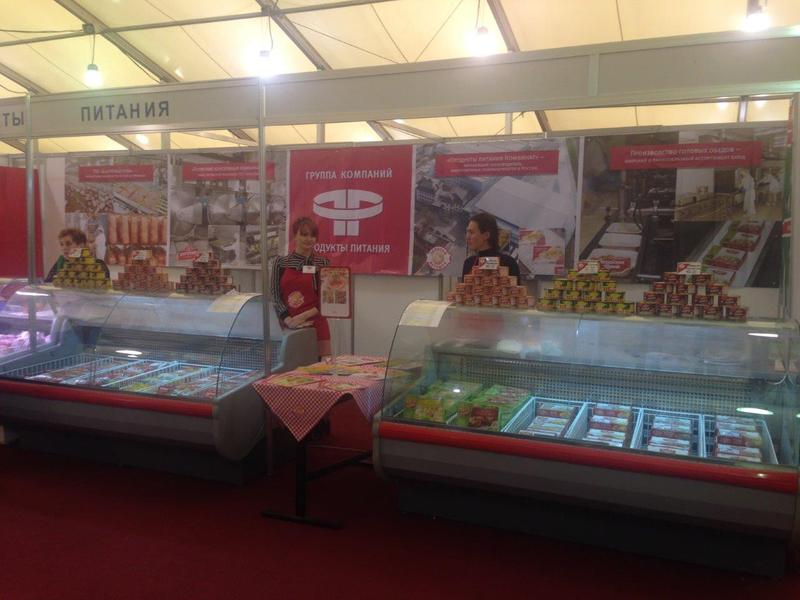